The City of Helsinki will build a pavilion and two new docks on the Lyypekinlaituri pier, located by Helsinki’s Old Market Hall. The pier will be the departure point for the ferry traffic to Helsinki Biennial and Vallisaari Island. In the pavilion, people can buy ferry tickets and visit the Helsinki Tourist Information desk. In addition to the Market Square, another departure point to Vallisaari, the exhibition venue for Helsinki Biennial, will be located in Hakaniemi. There will also be a circular route running between the islands of Vallisaari, Lonna and Suomenlinna.

The international contemporary art event Helsinki Biennial will be held for the first time on the island of Vallisaari from 12 June to 27 September 2020. It will present a total of around 35 international artists or groups of artists from both Finland and around the world. The artworks will be displayed outdoors along the old Artillery Road and indoors in historical buildings, gunpowder cellars and empty residential buildings. The biennial is expected to bring 300,000 visitors to the island during the summer of 2020.

Helsinki Biennial is part of the City of Helsinki’s Maritime Strategy, aimed at enhancing the attractiveness of the city’s archipelago by bringing maritime services better within everyone’s reach.

“The seaside and the connection to the sea are important matters for both the city-dwellers and tourists,” says Anni Sinnemäki, Deputy Mayor for Urban Environment. “The Helsinki Biennial pavilion is a gateway to the maritime Helsinki. The pavilion will improve the accessibility of Vallisaari and the rest of the archipelago, while revitalising and clarifying the Market Square Area.” 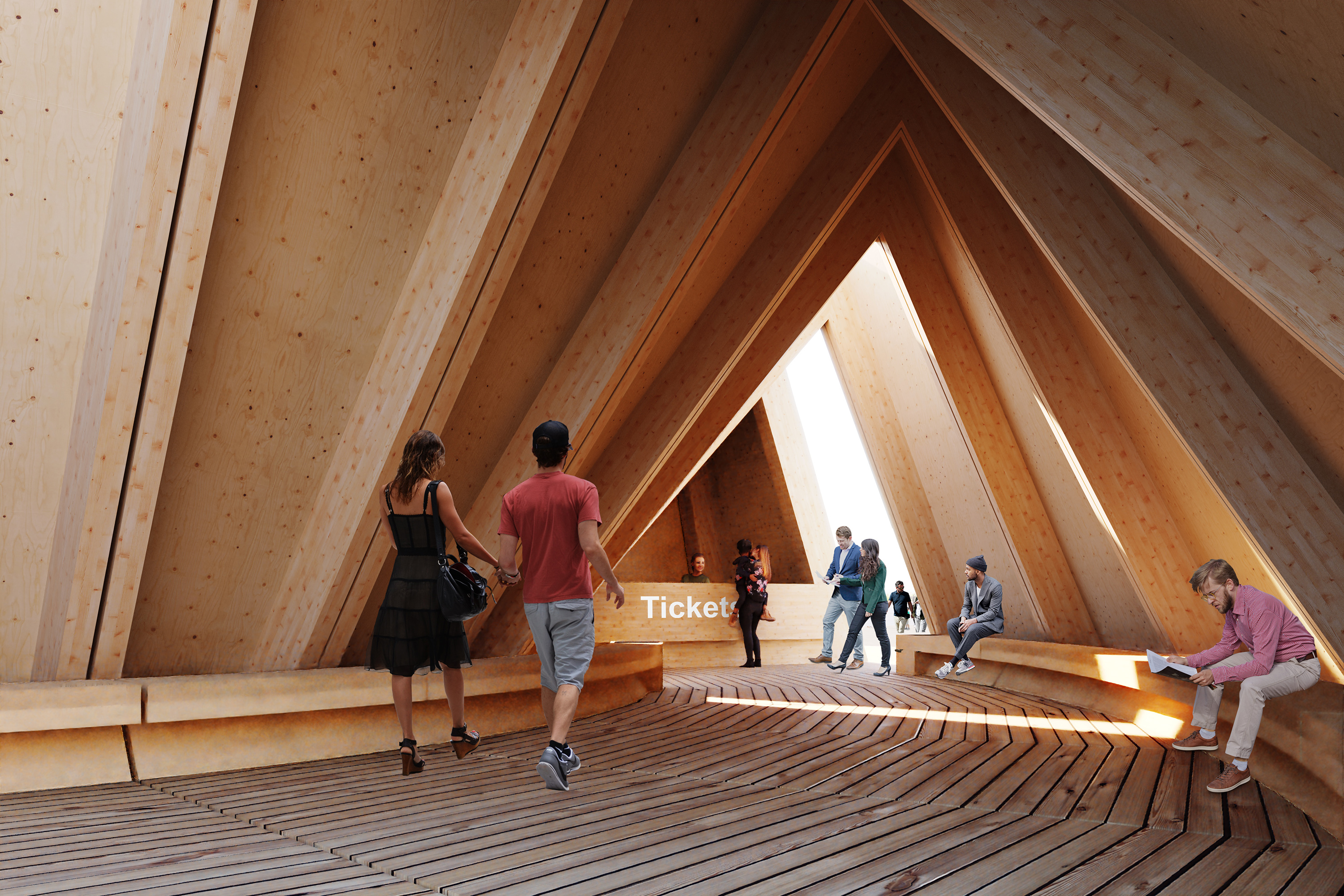 “The pavilion sought its inspiration from the Helsinki archipelago and Vallisaari in particular. It is shaped like a coastal cliff, wrapped into a circle around a centre resembling a giant’s kettle. To bring contrast, the natural shapes are paired with a strong graphical expression, integrated into the pavilion structure,” describes Chief Designer Jussi Palva from Verstas Arkkitehdit. 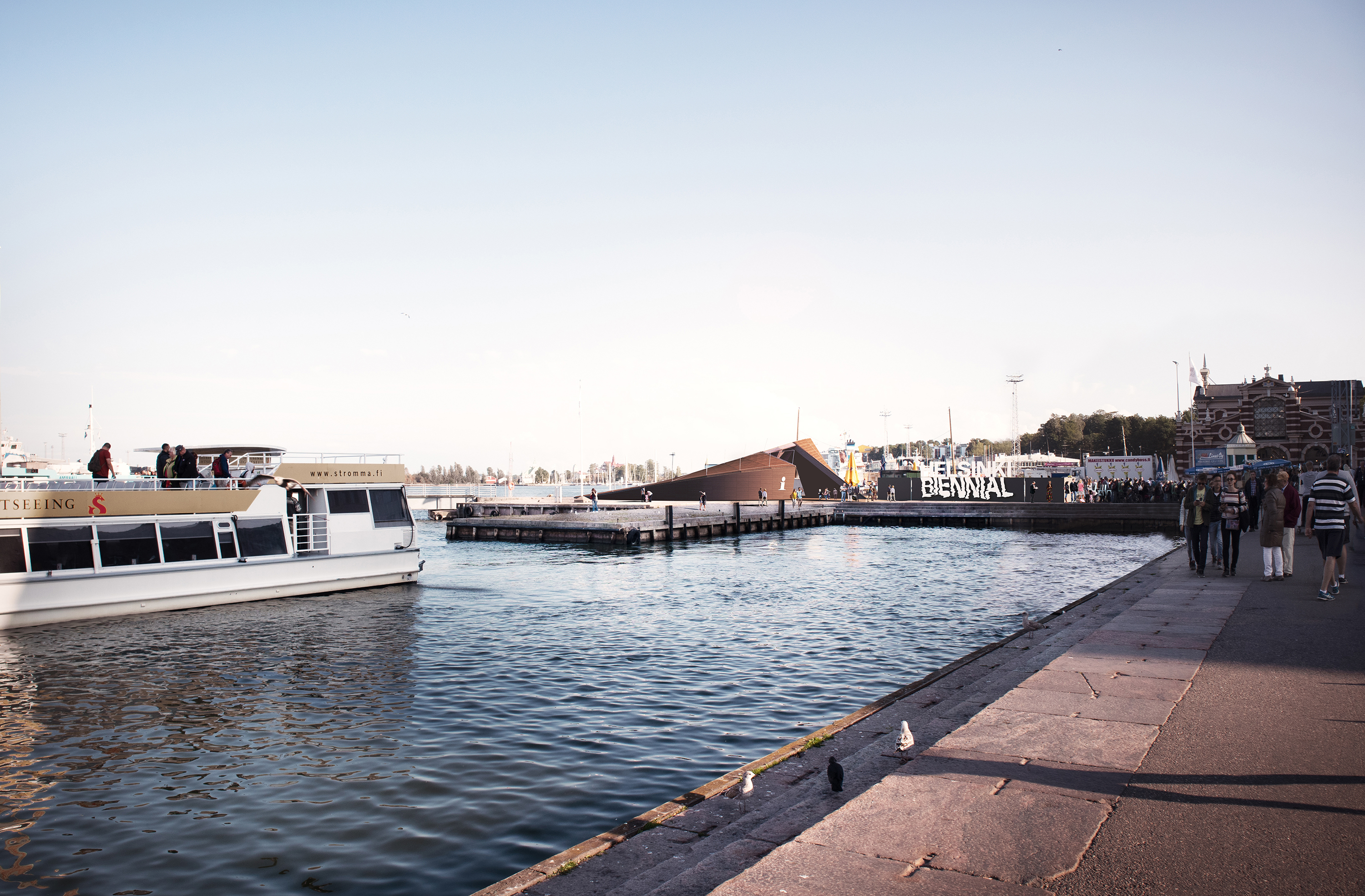 The pavilion’s terrace and canopy structure serves as a waiting and assembly area, and the canopy also provides protection from rain. The top of the canopy, on the other hand, features an area for admiring the Helsinki cityscape, or just sitting around and eating snacks. The pavilion relies on the service offering of the surrounding restaurants and cafés. 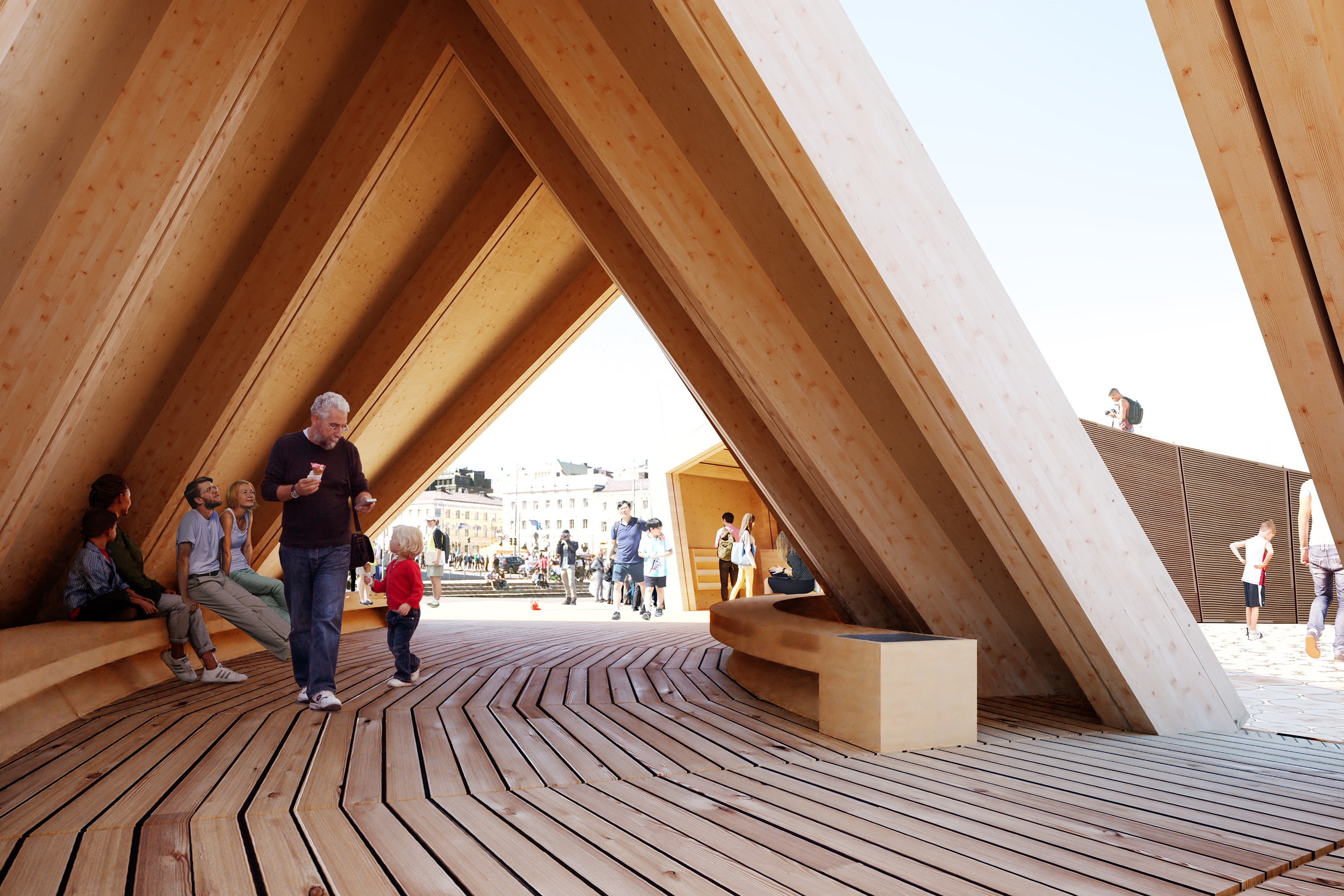 The accessible parking spaces, an opportunity to pick up and drop off people and a taxi stand are placed on the north side of the Old Market Hall. The parking spaces currently lined against the east façade of the Market Hall will be removed. The nearest parking facilities will be available in the Kasarmitori car park or the Tähtitorninvuori underground car park. The city bike station will remain in the area, and the cycle lane will be moved to the western side of the Market Hall.