We interviewed Anastasia Blokhina, Executive Director of the Riga International Biennial of Contemporary Art (RIBOCA), Latvia. Below she shares with us unique experiences from RIBOCA2—not only about the challenges, and what was needed to adapt to the changed circumstances, but also the innovative and positive outcomes gained this year whilst hosting a biennial during a pandemic.

The second edition of your biennial, RIBOCA2, was initially planned to open in May for five months and opened the exhibition just for three weeks. As the pandemic hit, you decided to ‘reimagine’ the biennial by also creating a ‘feature movie’ due to be released in spring 2021. Can you describe how the re-imagined biennial evolved over the subsequent months and the ‘feature movie’ format?

Since its inception two years ago, the exhibition project proposed by Curator Rebecca Lamarche-Vadel for RIBOCA2 was intended to reflect on the end of an epoch and investigate new paths of existence, giving space to other voices, sensitivities and relationships. That’s why, when the pandemic suddenly came for real, it felt wrong to move or to cancel the biennial completely. But we were of course concerned about the travelling restrictions and the health and safety of our visitors and staff. We needed to come up with a solution how to host the biennial without risking anyone’s health. Considering the fact that the decisions had to be taken in March, and it was very unclear how things would develop, we had a few possible scenarios. We were lucky enough to realise the scenario in which we could receive visitors.

Making a film seemed to be a perfect solution. Instead of five months the exhibition turned into a three-week long shooting, where visitors could not only see parts of the initial project, but also witness the movie being shot.

Shooting a feature movie about this year’s edition was of course a huge challenge for the whole team. In March the work on the biennial had to stop and it took us a month to reimagine its format. Our team had to adapt as a lot of processes had to happen in a different way. Production of some artworks had to change drastically. The public programme was transformed into an online series of talks and conversations, and a whole new film production had to be organised in less than a month. All of this was possible only because the curator, the biennial team, artists and the film crew were very dedicated to the idea and worked nonstop to bring it to life. 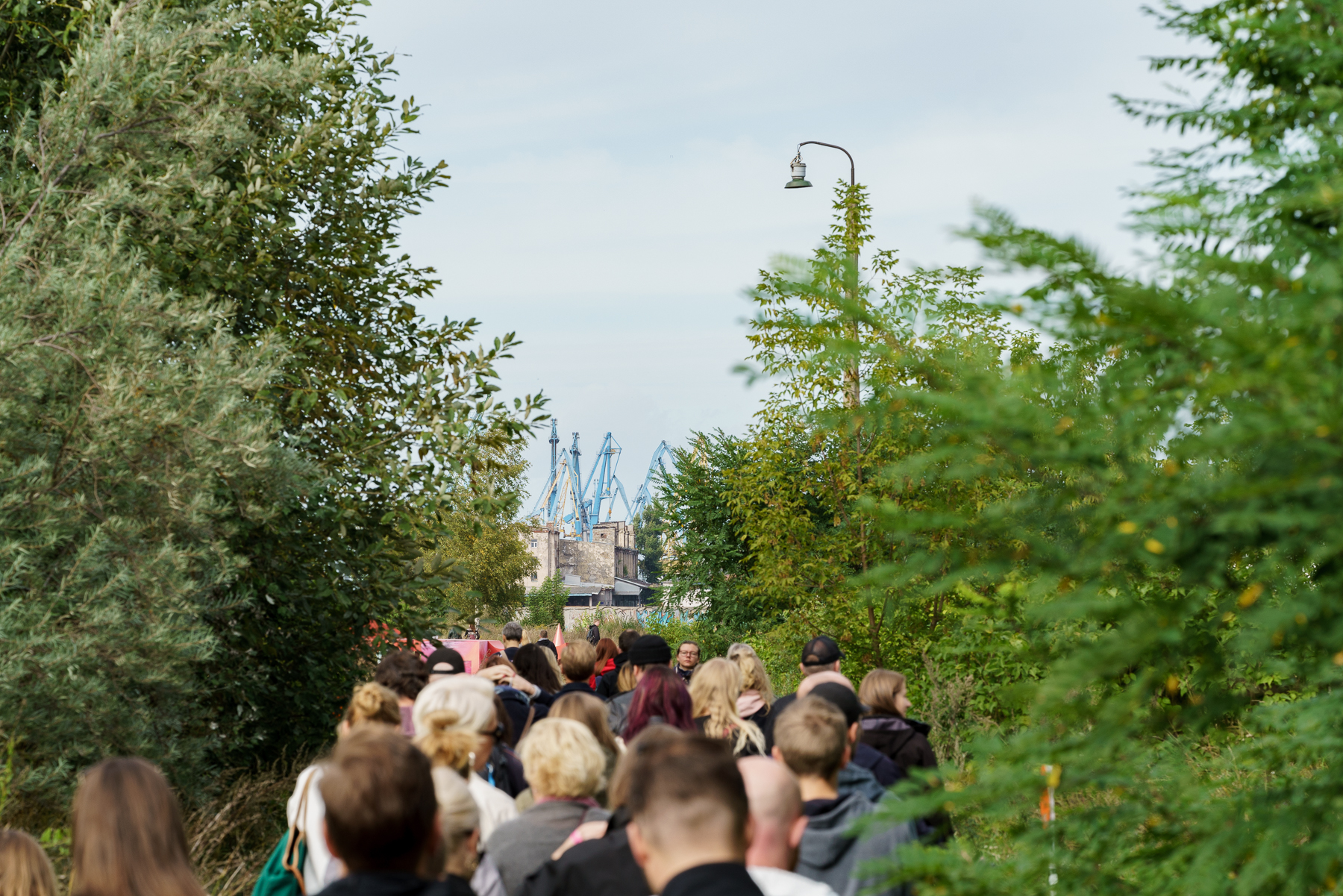 RIBOCA2 invited 65 participants and 9 collectives. Were all initially invited before the pandemic hit, or did you include new artists to fit this new format?

Keeping all the artists and projects onboard was a crucial moment for RIBOCA2. Whilst some works couldn’t be shipped to Riga, others had to take on a completely new format. Yet still all the initial projects were brought to life, 85% of them were even new commissions. Due to travelling restrictions not all trips could happen as planned. There were numerous zoom calls and discussions with each and every artist on how to adapt their projects to the circumstances. For example, we couldn’t ship the artwork life time by Ugo Rondinone, so a new version of the work was produced in Riga. Due to the risks of gathering large crowds, the work In The Year Of (companion piece) by Dora Budor invited dogs instead of people.

As these changes became a part of the biennial we included the information about them in our catalogue. Descriptions of those artworks that had to be re-imagined because of Covid-19 have a specially highlighted text in our exhibition guide so that visitors could follow the changes we made. You can find these descriptions in our online exhibition guide. 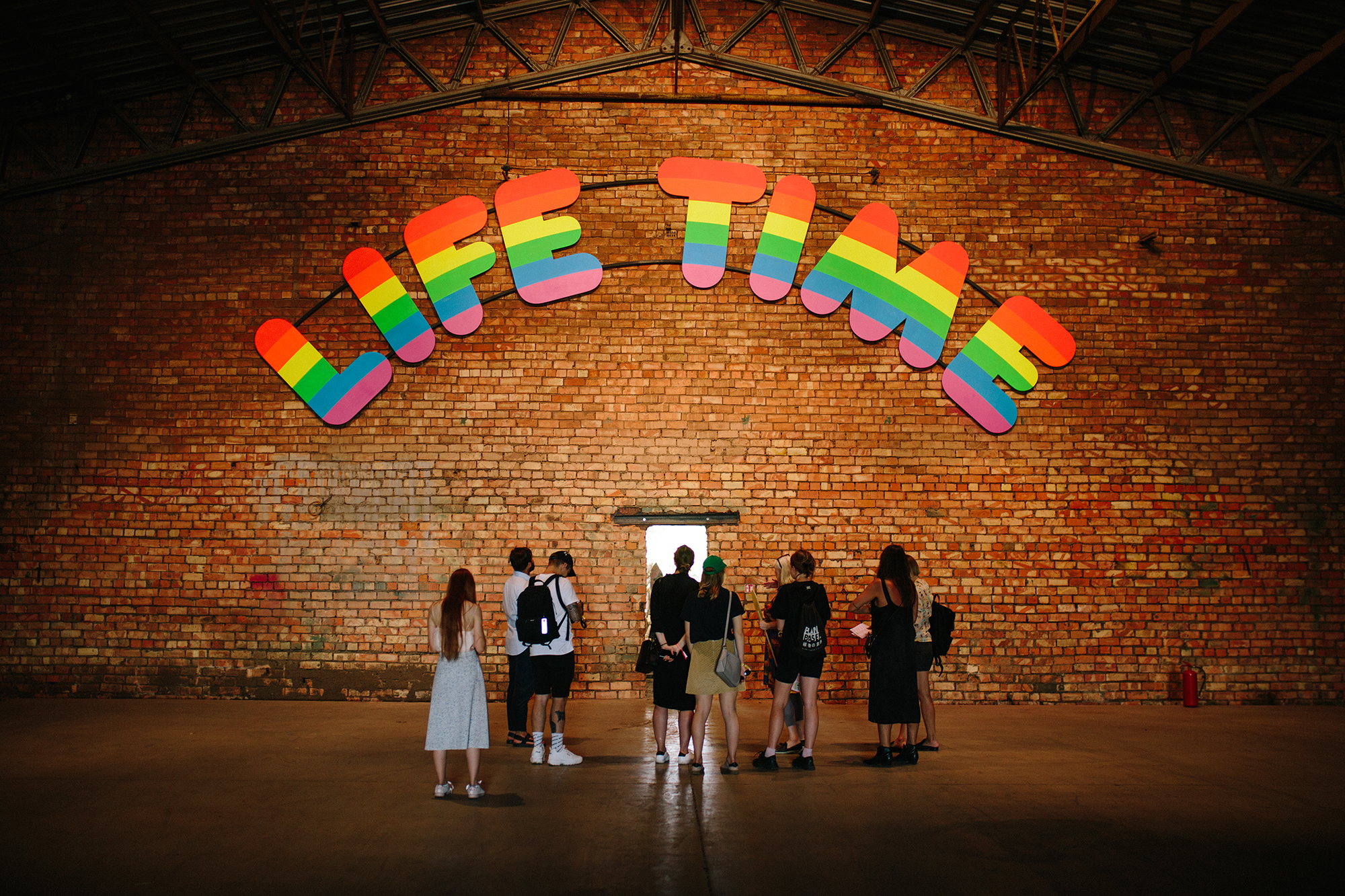 The title of RIBOCA2 ‘and suddenly it all blossoms’ grew out of the urge to change our way of inhabiting the world through reaching out to other voices, sensibilities, and ways of making relationships. Did this title and intention resonate in a different way for you in the light of the global pandemic?

Even though the title “and suddenly it all blossoms” sounded very suitable from the very beginning, it became even more inspiring with the whole pandemic situation. In the introduction to the online series of talks and conversations Rebecca Lamarche-Vadel said: “We are very busy at the moment curing our bodies, and what we need are people curing our spirits”. Due to the pandemic we managed to catch a moment to draw attention to the voices that have been silenced and to the sensibilities that have been ignored. Hopefully it gave our visitors and viewers an opportunity to see different perspectives and inspired them.

RIBOCA2 welcomed over 21,000 visitors over 18 days. Despite the restrictions, including social distancing measures, were there experiences that were particularly well-received by those who were able to visit onsite? Did any positive outcomes arise despite these restrictions?

We were very happy to have so many people visiting the biennial physically, not including those who watched our online series of talks and conversations or took part in educational activities. This fact only proves that people need art events even in the times of troubles. We had a lot of families coming for the family weekends and also for the special tours for kids and seniors, so a lot of people came back several times to experience the biennial on different occasions.

The exhibition was very well received, but the venue itself was a huge part of the experience. Andrejsala district was one of the reasons we could open this year, as its territory is 200 000 m2 so social distancing was not a problem.

As for interesting visitor feedback, I remember one lady who came to see the biennial partially because all the men in her family worked at the Port building. She gave our team members a short tour around the space sharing her childhood and youth memories. The building was closed for the general public for several decades, so together with the exhibition we let people experience a hidden part of the city most would have never seen before. 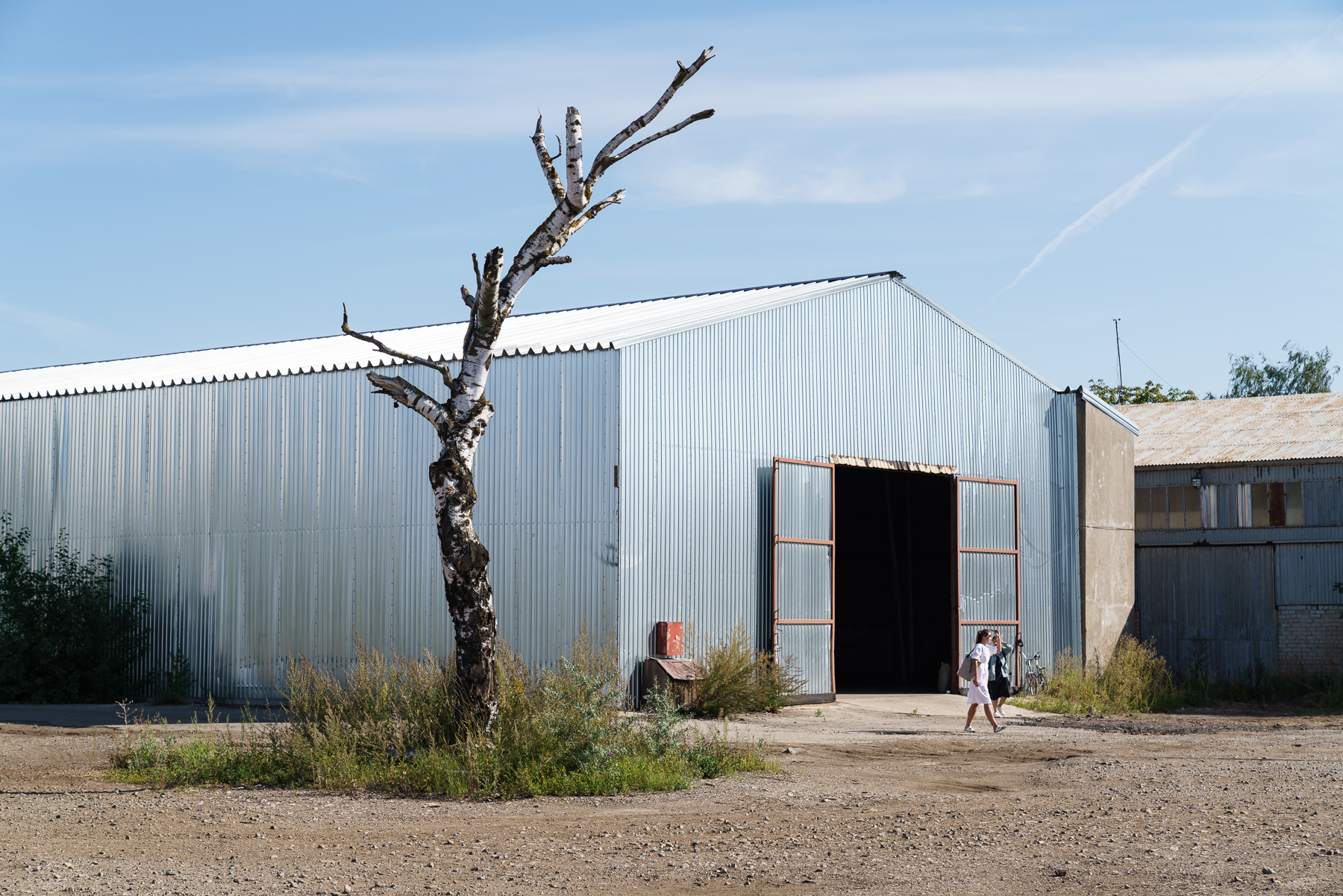 Your team created broad content online including artists talks, an extensive exhibition tour, etc. In terms of this content: How much more extra content (or new formats) was created online in response to the pandemic? And what surprising and positive outcomes blossomed from the re-imagining of the biennial’s presentation online?

In response to the pandemic every department at RIBOCA had to develop a new strategy. Sofia Lemos, the Associate Curator of Public Programmes, together with Rebecca Lamarche-Vadel decided to move the talks programme online. On the day when we were originally supposed to open the exhibition we launched our online series. It was of course a pity not to meet all those brilliant speakers in person in Riga, but it also gave us the possibility to introduce these talks to people from all over the world.

We also had a chance to widen our audience by launching a podcast and starting a collaboration with local TV. Now we have an online programme that can be of interest to academics from different fields. We are hoping for it to have an interesting future outside of RIBOCA walls.

Our education department also developed a new format of communicating with the audience. We had several online masterclasses and we were also sending out DIY workshops for free. This allowed us to widen our geography in Latvia by entering houses of people from all over the country—on a screen or via a posted package.

Another example of new online formats is an artwork by The Institute of the Cosmos. As we were unable to present the works at the exhibition space, their contribution was transformed into a website cosmos.art with recent and archival works. So even though the biennial has ended, this contribution is still available online and everyone can get inspired by ideas of Russian cosmism.

And the most important part of our online format is still yet to blossom – the film will be released in 2021. It won’t be available online from the beginning, but hopefully we will find a way to make it accessible for everyone. It is too early to talk about the outcomes, but it is definitely a new turn in the destiny of the biennial.

For those who didn’t have a chance to visit Riga for RIBOCA2 I would suggest watching the exhibition tour with our Chief curator Rebecca Lamarche-Vadel, and of course the online series of talks and conversations. Unfolding across the duration of the biennial, the programme expands on a glossary of words that inspired RIBOCA2: Endings, Nature, Love, Ruins, Healing, Magic, Cosmos, Underground, Care, Dreams, Dance, Imagination, Human, Wildness, Ghosts, Metamorphosis, Voices, Fictions and Futures. Each word is a tool for building alternative imaginaries that acknowledge diverse ways of being, thinking and doing.