The Vallisaari and Kuninkaansaari islands are truly unique in terms of their history and natural environment. In the Middle Ages, Vallisaari was called Lampisaari (the Pond Island) because of the easy availability of drinking water. The first records of fortifications on Vallisaari date from the 17th century, and a large sea fortress was built on the island in the mid-18th century. Thanks to the cattle grazed there, Vallisaari served as a source of food for the neighbouring island of Viapori (now known as Suomenlinna, “the Fortress of Finland”). During the same period, Vallisaari was also inhabited by maritime pilots, who lived in cottages by the narrow Kustaanmiekka strait between Vallisaari and Viapori.

When Viapori was under siege by the Russians, the dozens of cannons that had been brought to Vallisaari provided excellent supporting firepower. However, Viapori eventually surrendered, and Sweden had to cede Finland to the Russian Empire. Vallisaari was renamed Aleksanterinsaari, “Alexander Island”, and the Russians began to develop it as part of their defences. In the mid-19th century, coastal defence artillery was set up on both Vallisaari and Kuninkaansaari.

Vallisaari was again involved in a battle in the mid-19th century (as part of the Crimean War) and later, during the Russian Revolution in the early 20th century. The importance of the island for Russian naval defence had diminished, however, by the time of the First World War. When Finland gained its independence in 1917, Vallisaari became a military area used for storing arms, maintaining ammunition, torpedoes and mines, and repairing gas masks. The island also had hundreds of inhabitants, most of whom worked for the Finnish government. 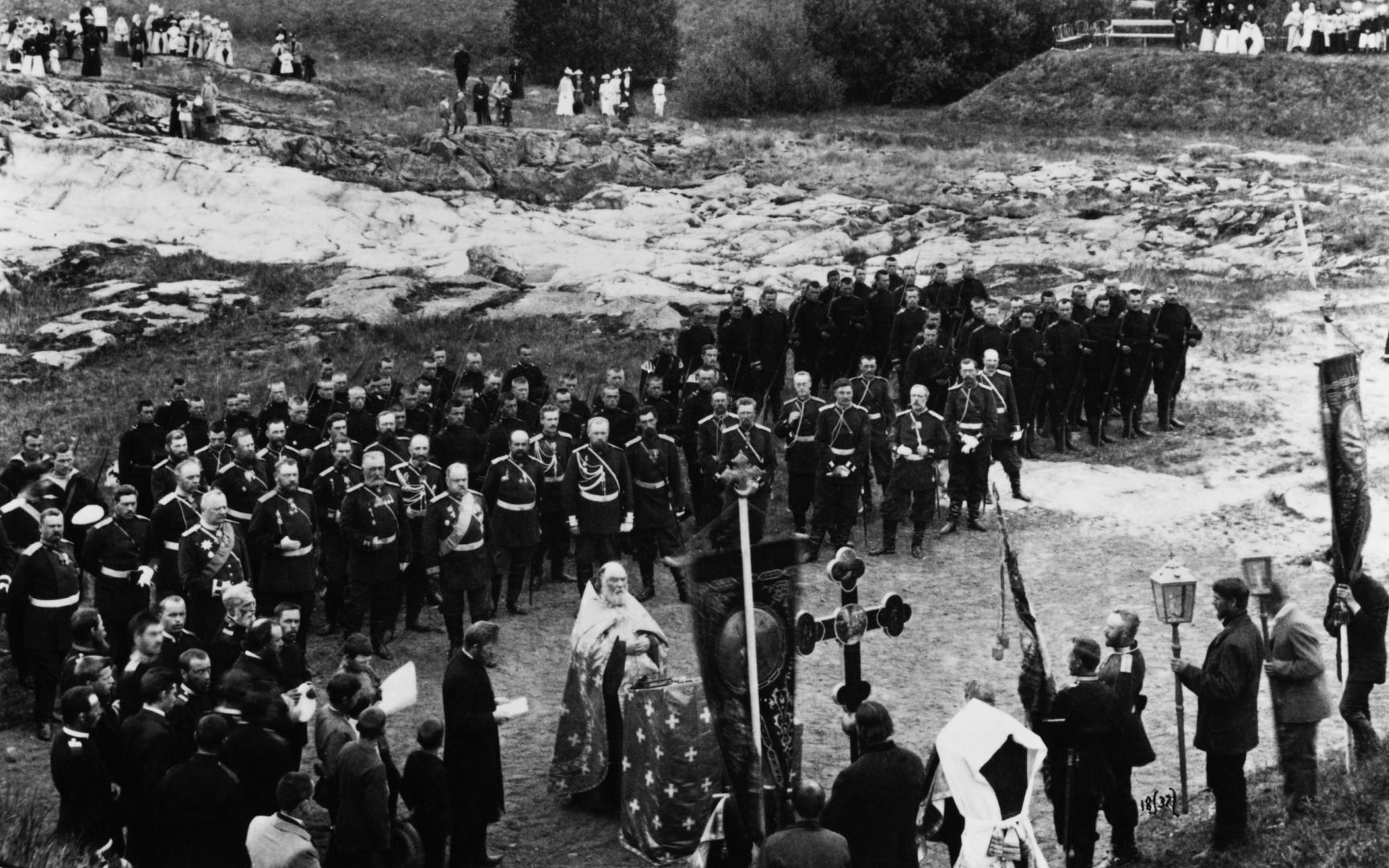 Military field service in the 1910s.

“But Vallisaari’s history was, above all, moulded by ordinary people and their stories throughout the ages. In the 18th century, for example, there was a dispute in Viapori (Suomenlinna) about who was allowed to distil spirits, and therefore it was decided to establish a distillery and brewery on neutral ground in Vallisaari. The pilots, too, led their own eventful lives. After Finland gained its independence, the island’s children went to school, swam in the pond and got into all sorts of adventures on the island,” relates Carita Wilenius-Rantala, Director of Development at the Ehrensvärd Society, which is responsible for guide operations in Suomenlinna and Vallisaari. 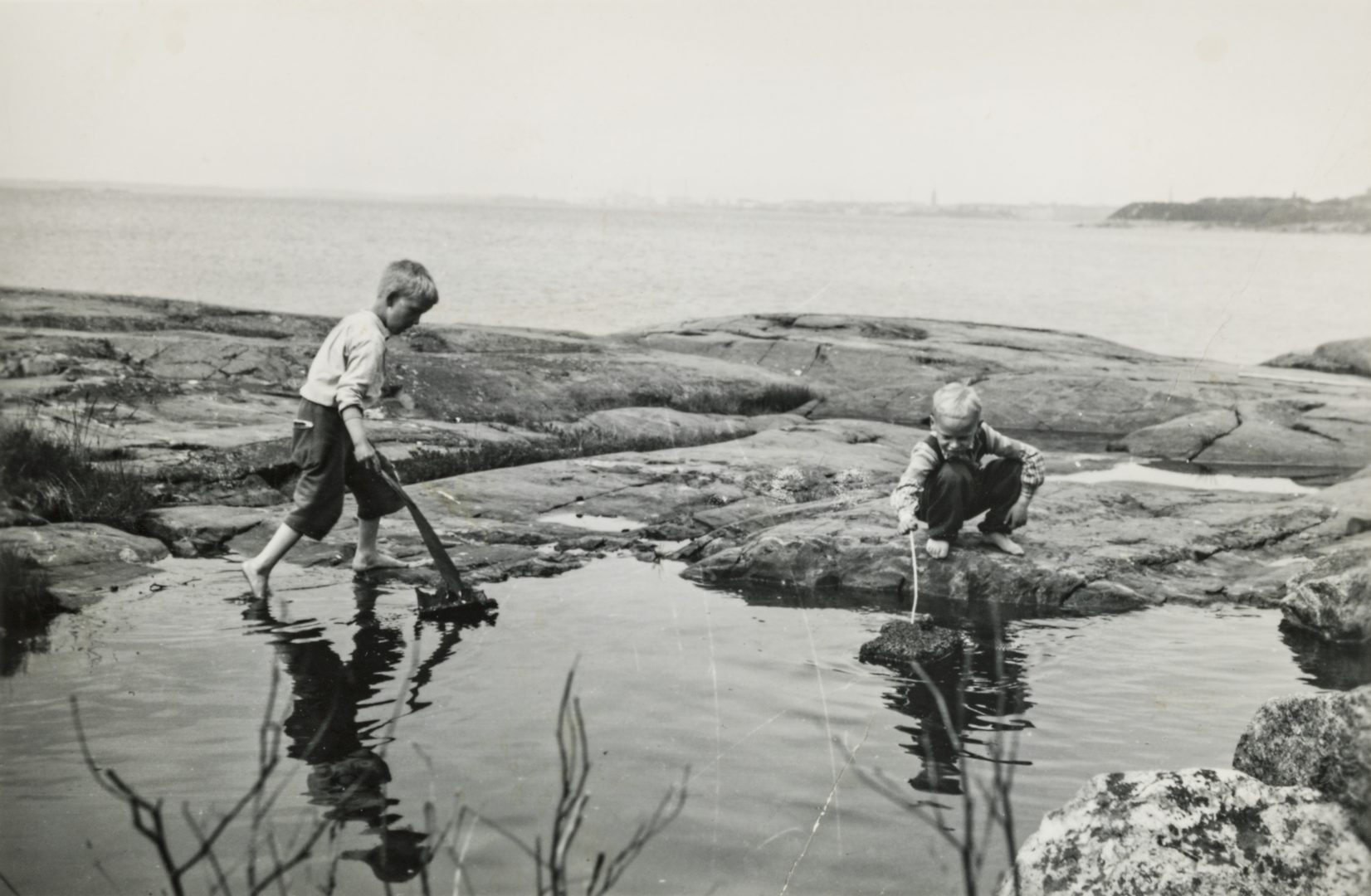 Two boys playing with bark boats on Vallisaari. The southern tip of Suomenlinna can be seen in the background on the right side.

“Ordinary people have lived exciting lives here. Vallisaari is more than just a village community, because civilians have also participated in special operations. It’s interesting how the village community was able to function normally throughout the 1900s, even though explosives were destroyed and gas masks were produced in the same area where they lived.”

What is Wilenius-Rantala’s favourite spot on Vallisaari?

“The pond, definitely. It represents the island’s natural values and sums up the existence of the entire place. The pond has long been used as a freshwater reserve. On the other hand, from the Kustaanmiekka area you get beautiful views out to the Baltic sea, to Suomenlinna and to the Helsinki city centre. You can understand why the Defence Forces chose these islands so close to the city. The open sea is near at hand, and there are practically no islands further away.”

But access to Vallisaari buildings such as the gunpowder magazines has, until now, been very limited. During the Helsinki Biennial in the summer of 2021, works of art will be on display in these facilities, and the public will be able to visit the historic interiors.

What is the most appealing aspect of Vallisaari?

“For me, it’s the island as a whole. The natural environment has taken over the centre of Vallisaari, and the built environment exists only on the coast. The island’s history is colourful and fascinating. In addition, Vallisaari has been open to the public for only a short time, so – for many people – it’s an entirely new acquaintance.”