The works of W A U H A U S are situated between different genres of art and take place at various venues. The collective’s site-sensitive performance A Great Mess is staged on a hilltop called Vuosaarenhuippu, a former landfill that has been converted into a recreational area.

W A U H A U S is a Helsinki-based multidisciplinary arts collective that was formed in 2016. The collective creates contemporary theatre, performance art, and dance productions, as well as lectures and workshops. The works of WAUHAUS are situated between different genres of art and take place at various venues from small black box theatres to urban sites, large stadiums, and the main stages of established theatre houses. The members of WAUHAUS are scenographer Laura Haapakangas, producer Julia Hovi, director Anni Klein, scenographer Samuli Laine, sound designer Jussi Matikainen, choreographer Jarkko Partanen, new media artist Jani-Matti Salo and sound designer Heidi Soidinsalo. WAUHAUS is known for their comprehensive audiovisual stage aesthetics and methods of shared authorship. The collective collaborates with other artists and institutions both in Finland and abroad.

A Great Mess is a site-sensitive performance staged by the WAUHAUS arts collective on a hilltop called Vuosaarenhuippu, a former landfill that has been converted into a recreational area. The hilltop provides sweeping views of the surrounding woodlands, suburbs, water towers, cranes, containers, and ships coming and going in Vuosaari Harbour. Over decades of urban development, the site has served as a dumping ground for surplus excavation material – earth, boulders, stumps, and trees – in a process during which the park has evolved into a unique ecosystem shaped through continuous human interaction.

The performance approaches the site as a historically unique multispecies meeting place. It looks at how the place came into being through the interaction of soil, countless organisms, and human imagination.

A Great Mess visualizes how the vast web of interdependencies in which we exist with other species has gradually evolved and continues to evolve each day.

A Great Mess forms part of a series that the WAUHAUS collective will be working on during the upcoming years. The works will transport viewers to locations ranging from landscaped landfills and seagull-populated beaches to a silent, abandoned power plant. Their performances mark an uncompromising attempt to understand how humans fit in as part of a multispecies continuum. Their works are not narratives lamenting the destruction wreaked by modernization, but a sincere effort to fathom how we can foster new life skills in the era of eco-crisis. 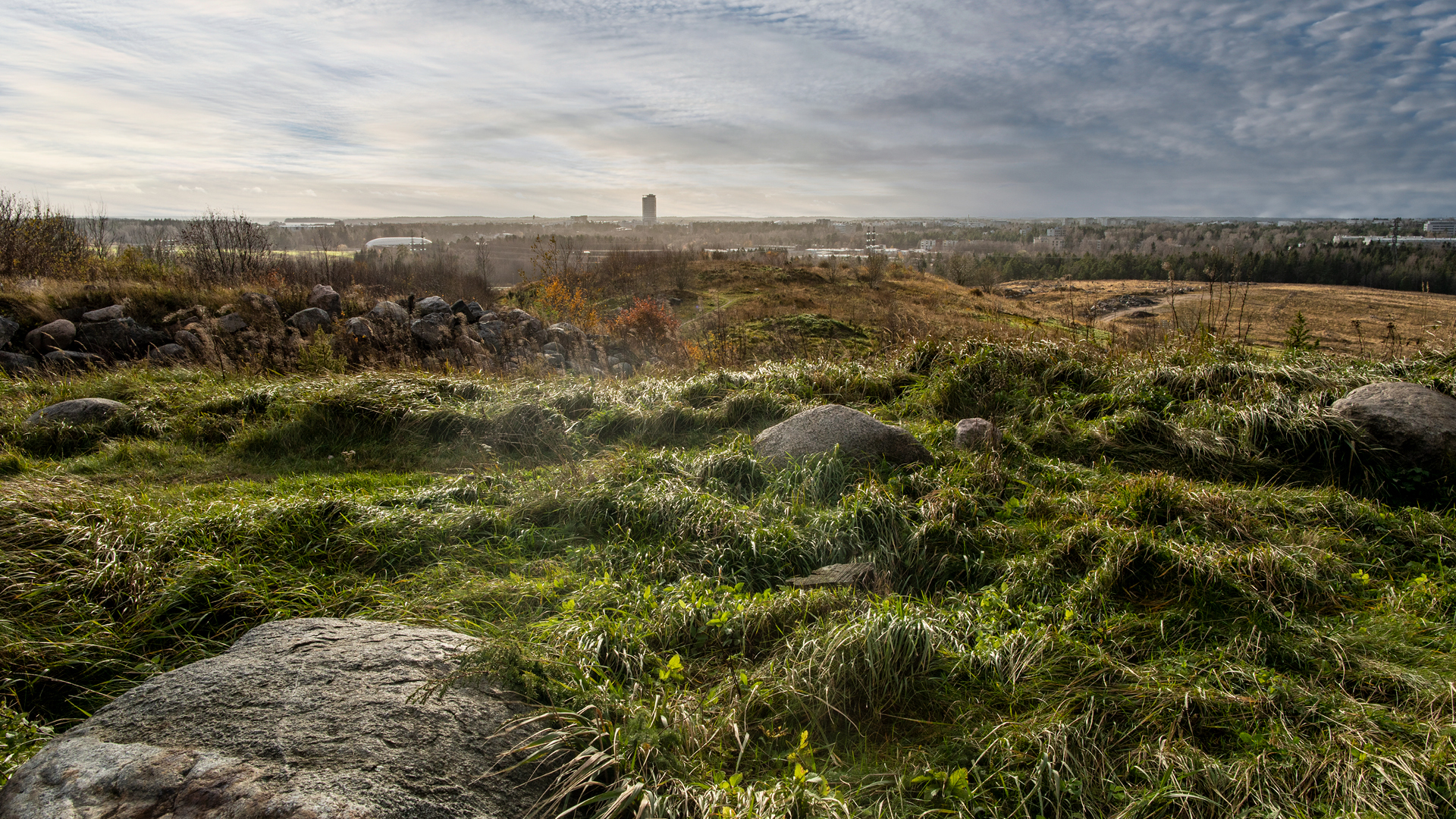 In their upcoming series WAUHAUS moves fluidly across the disciplines of theatre, evolutionary biology, visual art, sound art, ecology, music, animal philosophy, physics, and dance. The collective offers a glimpse into a world where humans no longer see themselves as the centre of the universe. Their work sets the stage for experiential representations of varying materialities and corporalities.