Janet Cardiff & George Bures Miller’s works engage the audience in a friction between experience and perception, fiction and reality. On Vallisaari island, visitors can enjoy their immersive sound installation while seated on tree stumps in the shade of ancient trees.

Janet Cardiff (b. 1957) and George Bures Miller (b. 1960) are known for their immersive multimedia sound installations and audio and video walks. Their works engage the audience in a friction between experience and perception, fiction and reality.

Janet and George live and work in Grindrod, Canada. 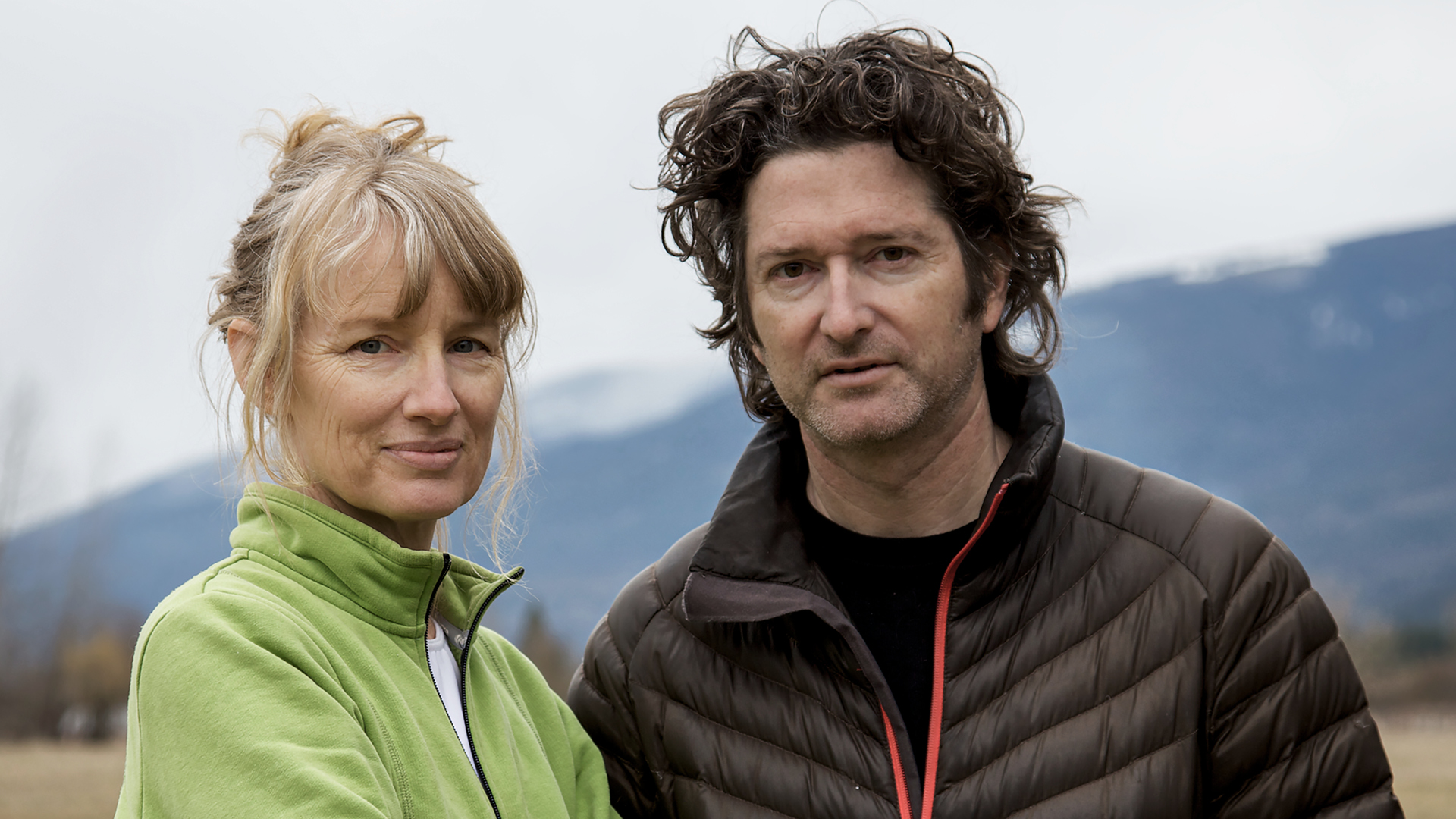 Artist duo Janet Cardiff & George Bures Miller have created an immersive sound installation that visitors can enjoy while seated on tree stumps in the shade of ancient trees. We hear an aircraft flying overhead, laughter, birds singing, machine gun fire, an explosion. The couple collected sounds for the piece from all around the world. They recorded ravens cawing on the west coast of Canada, and the battle sounds were simulated by recording construction site blasting. Volunteers also simulated fight scenes by rattling swords, pounding trees, screaming and yelling.

Nunc dimittis by the Estonian composer Arvo Pärt provides evocative accompanying music for the piece. The Estonian Philharmonic Chamber Choir performed the piece while standing in two rows, with the microphone slowly weaving between them to create the impression of sounds descending from the treetops toward the listeners.

The title, FOREST (for a thousand years…) (2012), refers to the many sounds to which forests are exposed during their long lifespan. The real nature sounds blend with the recorded soundscape, transforming the tree-lined lane into a co-narrator. The recorded soundscape emulates the sounds heard and produced on Vallisaari island at different times during its history.