Jaakko Niemelä’s works are often based on personal experiences, various spaces and structures. In addition to traditional materials, the artist uses lights and shadows in his works.

Jaakko Niemelä (b. 1959) takes over spaces with his large-scale installations. In addition to more traditional building materials, light is a central element of Niemelä’s works. He is interested in shadows and darkness and the combination of natural and artificial light. During his 35-year career, Niemelä has worked on his artistic expression using graphics, special installations, video and public works.

Jaakko Niemelä’s works are often based on personal experiences, various spaces and the deconstruction of structures. In recent years, the artist has been fascinated with the sea and ships, which represent symbols of abandonment, sorrow and longing for him. The artist went on a ship expedition to follow in the footsteps of his distant father, a sea captain called Erkki, and to draft his story using the traces left behind. 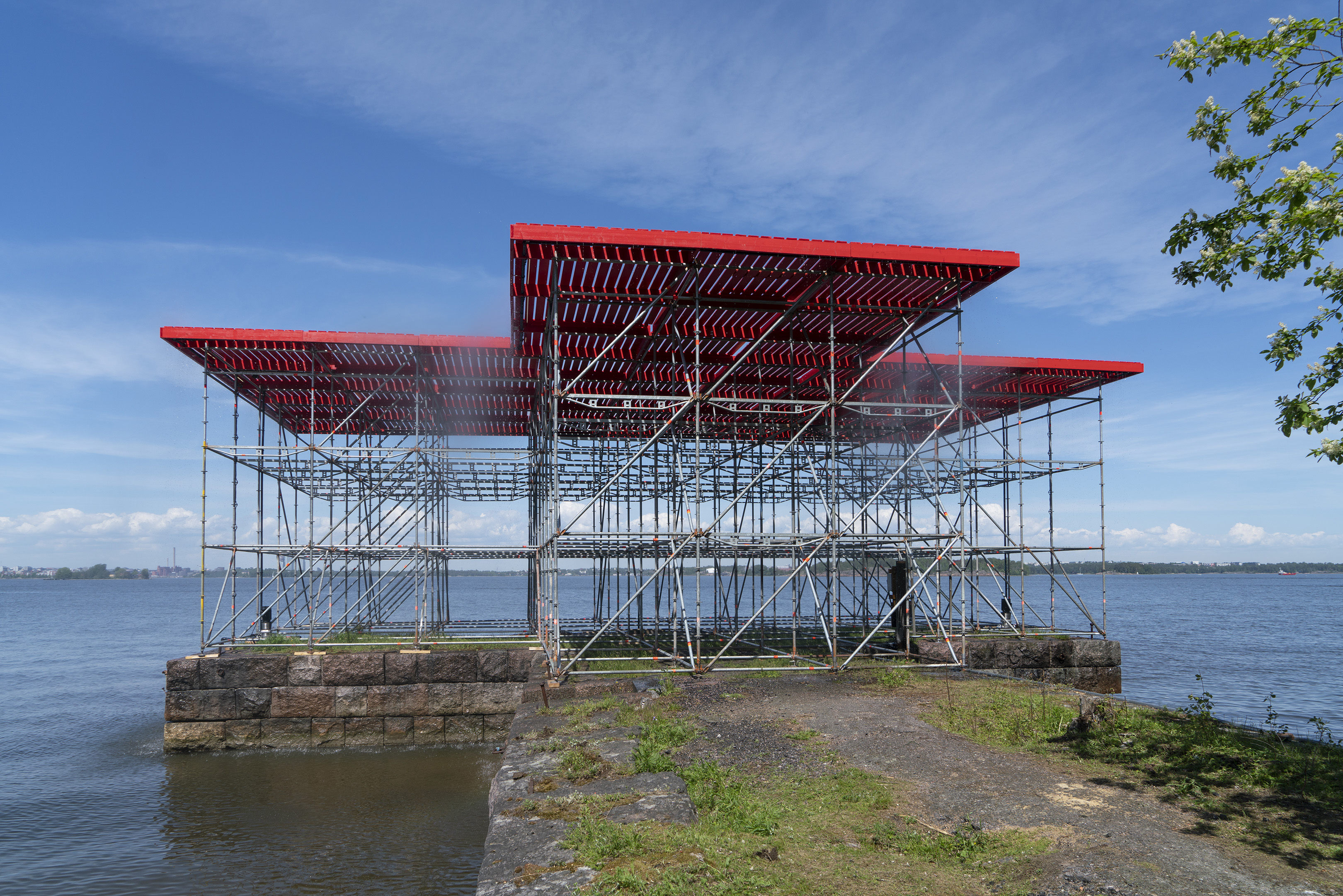 Quay 6 by Jaakko Niemelä is an installation constructed from scaffolding that greets visitors as they arrive on the ferry from mainland Helsinki and disembark at the northern quay of Vallisaari Island. Climate change has drastically accelerated alarming phenomena such as the melting of Greenland’s northern ice sheet: if this glacier were to vanish completely, it would cause global sea levels to rise about six metres, roughly the same height as Niemelä’s bright-red wooden structure, which has approximately the same base dimensions as Vallisaari’s old stone quay. The water dripping down the red scaffolding creates the illusion of something leaking. The structure of the installation illustrates mutual interdependency: its various parts support each other – if one were removed, the entire tower would collapse.