Marja Kanervo uses everyday objects and temporal layers in her works. She often brings out layers of time by demolishing and exposing, for example, by removing a layer of paint.

“Art doesn’t have to be forever” is one of the central principles of Marja Kanervo’s (b. 1958) work. The artist’s unassuming works made from everyday elements are usually created in carefully selected spaces, and they cannot be moved from one place to another. Although the artist re-builds some of the works in new venues, her spatial works are non-permanent in nature.

Kanervo, who trained as a painter, became interested in three-dimensional work during her studies. In her work she often brings out layers of time by demolishing and exposing, for example, by removing a layer of paint. The artist creates spaces that both ease and provoke thoughts. Various everyday objects left behind by humans, such as cardboard boxes, plastic bags or glass, are the material for Kanervo’s work. Kanervo is interested in the life that is lived and human traces. 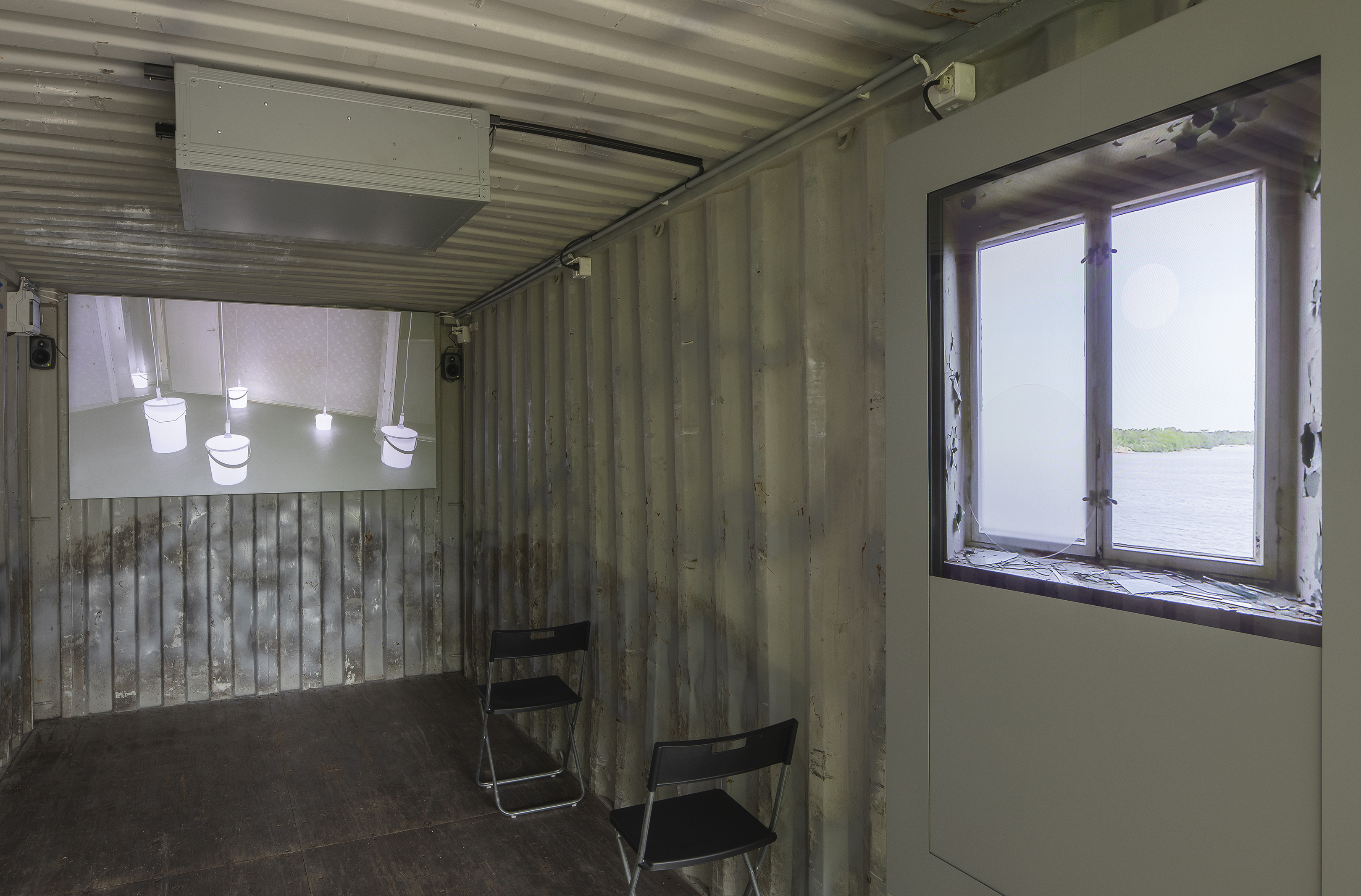 Many layers overlap in Marja Kanervo’s artwork: yesterday and today, real moments and the artist’s imaginings, the interior and the window-framed landscape. The work is a dream-like ramble through rooms on three floors, offering a glimpse into a world somewhere between real life and fiction. Nothing is stated directly, neither by the artist nor the memory traces left in the house; they merely hint at the presence of past lives and the people who once inhabited the now-abandoned spaces.

Kanervo conducted many expeditions to Vallisaari Island and to Block A of the Pilot House, especially in summer 2019, when she worked on-site inside the building. The artist chose Block A as she found it the most inspiring part of the building. Although she knows little about the personal histories of the people who once lived there, she delved into their past through the objects and traces that have left their imprint on the space, and then filled in the rest of the story with her imagination.

Block A
2020
Documentation of the Artwork