Mario Rizzi deals with broad societal phenomena through the collective memories and individual stories of social outsiders, often forgotten or untold. The artist’s films are humane portrayals of people who are left outside of the Western gaze.

The Bosnian War in the early 1990s was Mario Rizzi’s (b. 1962) first contact with Islamic culture. He became interested in people who are easily bundled together into one uniform group and perceived as outsiders in relation to Western culture. For twenty years, Rizzi has portrayed the Islamic world and its transformation. His films have addressed the political movements that emerged in the Middle East and North Africa in 2010. Over the past fifteen years, he has lived for long periods in Turkey closely following its social change.

Rizzi addresses themes of migration, notions of the border, issues of identity and belonging to portray broad societal phenomena. He focuses on people and communities that are easily left outside of the Western gaze. As an artist and filmmaker, Rizzi portrays people with a humane approach. Genuine connection is at the heart of what he does, and he has spent a lot of time with his subjects, in their homes, in refugee camps or wherever they live. 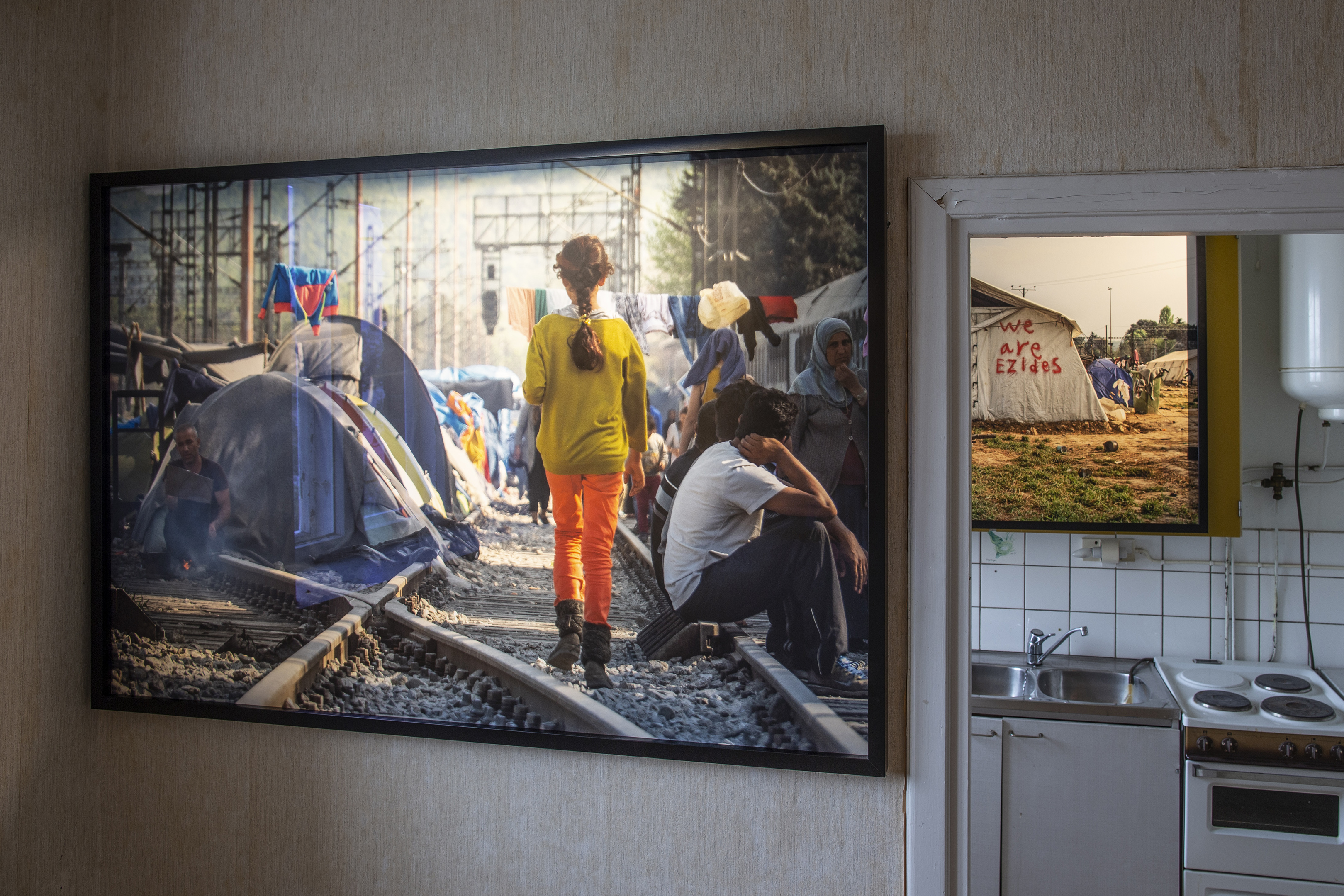 Rizzi’s film trilogy BAYT was inspired by Anthony Shadid’s (1968 – 2012) memoirs House of Stone, where he meditates on exile and on the universal yearning for home, which is held sacred in the Middle East. In the first film, Al Intithar (The Waiting), home is reduced to a tent in a refugee camp in the middle of a Jordanian desert. The film follows seven weeks in the life of its main protagonist, Ekhlas, a relentless woman who has fled the Syrian war together with her three children. The tragic ramifications of the war are felt keenly in the daily lives of the refugee family.

The first part of the trilogy will be screened in Block D of the Pilot House on Vallisaari Island.

Three photographs from the series Idomeni, 2016