With subtle and poetic gestures, Maaria Wirkkala creates connections between hopes, memories, emotions, and the imagination.

Maaria Wirkkala (b. 1954) lives and works in Helsinki and has had an international career spanning three decades. Typically, her installations are site-specific and ephemeral, or never-to-be seen again, interventions and thus embody both a unique yet fragile encounter. Comprising the immaterial and objects they create complex constellations of both the familiar, and not. With subtle and poetic gestures, Maaria Wirkkala’s works explore numerous themes such as humanity, thresholds, and places, and create connections between hopes, memories, emotions, and the imagination. Equally, they remain open to interpretation. Her art is there to encounter for oneself, through the subtle emergence of clues, boundaries, and profuse configurations. 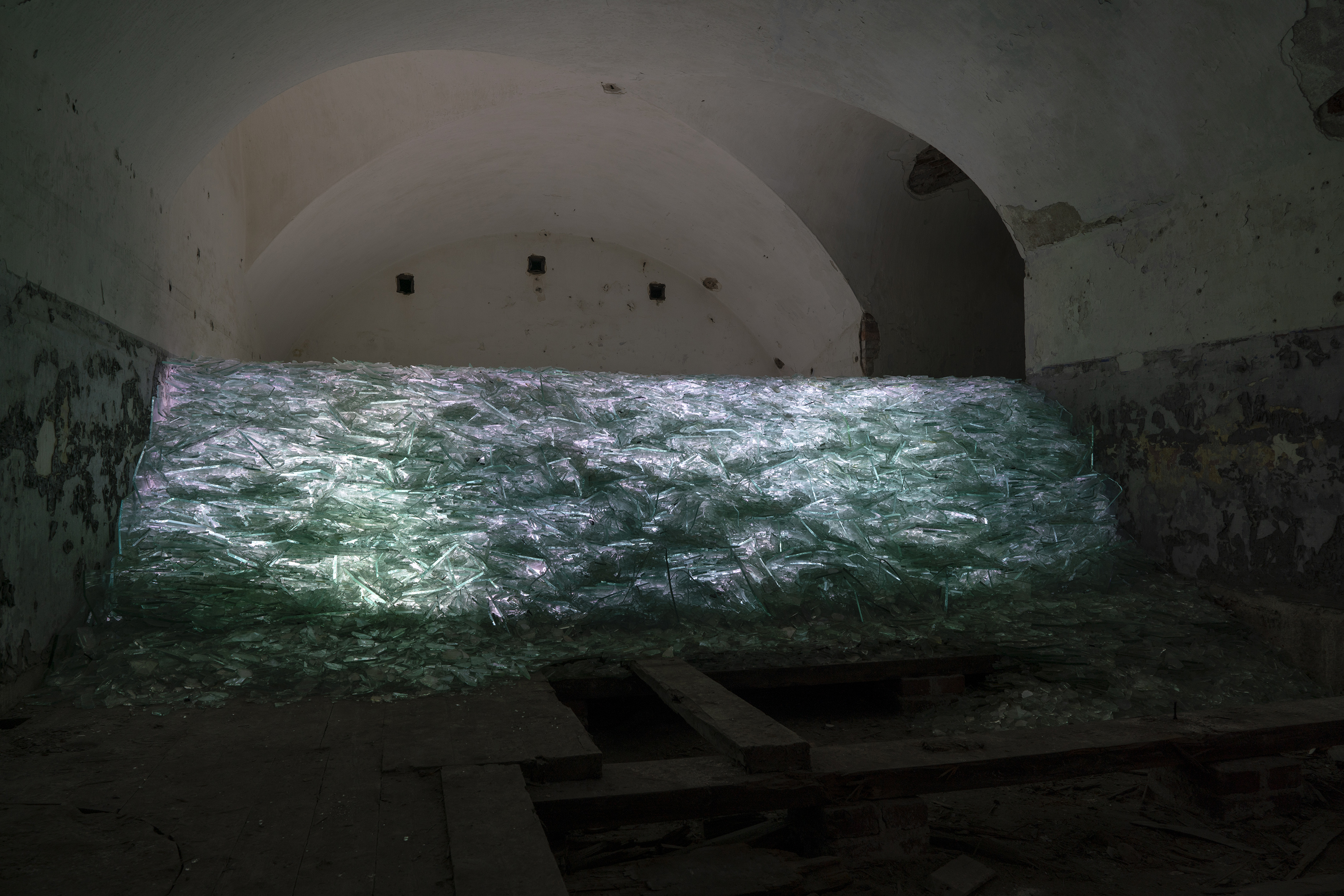 Maaria Wirkkala’s work is situated in a secluded vaulted cellar of the Alexander Battery. The work takes its cue from the vaulted space, the architecture, and the history of the site. Its contrasts are accentuated by the materials: smashed glass and riot stones, gold and light, invoking both the threat of violence and the prospect of peace, a fragile and tentative glimmer of hope. The work is like Vallisaari Island itself, which outwardly appears to be a stronghold of peace and beauty, but its peaceful exterior belies a violent history.

Not So Innocent
2021
site-specific installation